Tenax Therapeutics, Inc (NASDAQ: TENX) According Google Finance, Tenax Therapeutics, Inc. is a specialty pharmaceutical company. The Company is focused on identifying, developing and commercializing products for the critical care market. The Company's main product is levosimendan. Levosimendan is a calcium sensitizer developed for intravenous use in hospitalized patients with acutely decompensated heart failure. Levosimendan represents therapeutic modalities for the treatment of Low Cardiac Output Syndrome (LCOS), septic shock and other critical care conditions. The therapeutic effects of levosimendan are mediated through increased cardiac contractility by calcium sensitization of troponin C, resulting in a positive inotropic effect, which is not associated with substantial increases in oxygen demand; opening of potassium channels in the vasculature smooth muscle, resulting in a vasodilatory effect on all vascular beds, and opening of mitochondrial potassium channels in cardiomyocytes, resulting in a cardioprotective effect.

Tenax Therapeutics Inc has a market cap of $15,35 million. Its trailing P/E is incalculable, and its forward P/E is just incalculable as the majority of pharmaceutical companies of small-capitalization. It has a total cash position on its balance sheet of just $19,15 million, and its total debt is at $0. In Tenax therapeutics last quarter, we can see that its operating expenses reached $3,48 million. Based on the operating expenses and the company's cash deducting the current debt from them, we can think that the company would have enough cash for the next four financial quarters or second quarter of 2018.

Tenax met with the FDA on May 10, 2017 to review additional data analyses from the recently completed Phase 3 LEVO-CTS clinical study of levosimendan in cardiac surgery patients at risk of LCOS. The discussion with the FDA built on previously presented primary data analyses of the LEVO-CTS trial that identified a significant interaction in levosimendan’s effectiveness across surgery types enrolled in the study.

Levosimendan NDA Submission is a big potential catalyst for the next weeks. 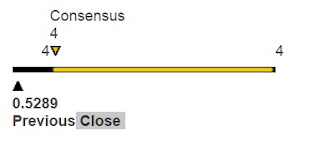 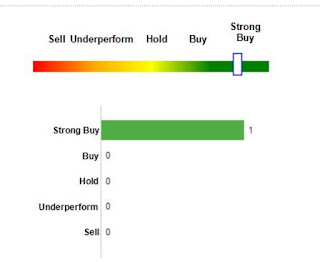 - On May 18, 2017 Ladenburg Thalmann Upgrades From Neutral to Buy Tenax Therapeutics. The price target market was $2.5 per share.

"On May 16th Tenax announced that they had met with the FDA on May 10th to discuss subgroup analysis of the previously announced topline data from their Phase III LEVOCTS Trial. Isolated Coronary Artery Bypass Grafting (CABG) was the largest of the three trial subgroups (563/849 or 66.3%) with the other two being valve replacement with CABG or Valve replacement alone. Yesterday, the company added a new corporate presentation to their website which we believe offers a significant body of evidence related to levosimendan (Simdax) and its effect upon cardiac surgery isolated for CABG.

Cohen believes that the company will submit additional information from published studies not included in meeting background document within the next 2-6 weeks with expected FDA feedback concerning a filing in July/August. If positive, they would anticipate a filing during Q3-2017."

Conclusion:
Tenax Therapeutics is a  tremendously undervalued company. It has a capitalization of $15,35MM and a cash flow of $19,15MM. Levosimendan treatment can provide it with an income of $300MM annually minimum. This enterprise should have a minimum capitalization of $150MM or $5 per share.

Disclosure: Jorge Aura owns shares of Tenax Therapeutics Inc, Jorge Aura wrote this article himself, and it expresses his own opinions. He is not receiving compensation for it.  Jorge Aura has no business relationship with any company whose stock is mentioned in this article.
Email This BlogThis! Share to Twitter Share to Facebook
Newer Post Older Post Home

http://resumeperk.com/blog/achieve-success-with-resume-cover-letter-help says:
March 29, 2019 at 4:23 AM

Hi there! I guess that your explanations are clearly justified. I would agree with almost all of the points submitted above!